Would you like to switch to the accessible version of this site?

Don't need the accessible version of this site?

33 Must Know Principles of Chiropractic 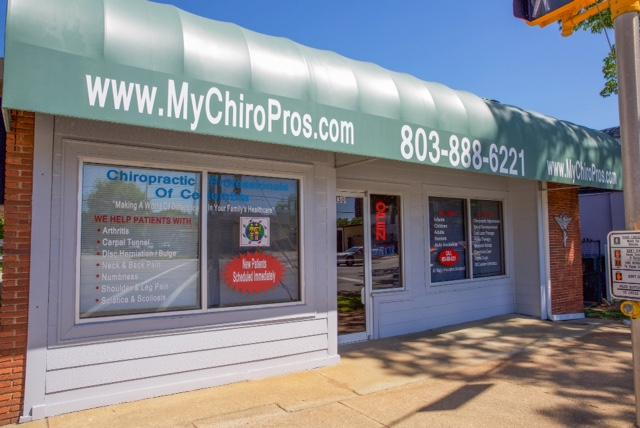 33 Must Know principles Of Chiropractic

The Chiropractic Professionals of Columbia Learned and Studied these 33 Principles at Palmer Chiropractic College.  I have them Framed In my Office and Look at them everyday.  I want to share them with you.  I hope you enjoy them as much as I did.  The information will get you to think about how life works, because it is based on Scientific Facts of life.

1. The Major Premise: A Universal Intelligence is in all matter and continually gives to it all its properties and actions, Thus maintaining it in Existence.

4. The Triune of Life: Life is a triunity having three necessary united factors, namely: Intelligence, Force and Matter.

6. The Principle of Time: There is no process that does not require time.

7. The Amount of Intelligence in Matter: The amount of intelligence for any given amount of matter is 100%, and is always proportional to its requirements.

10. The Function of Force: The function of force is to unite intelligence and matter.

11. The Character of Universal Forces: The forces of Universal Intelligence are manifested by physical laws; are

unswerving and unadapted, and have no solicitude for the structures in which they work.

13. The Function of Matter: The function of matter is to express force.

14. Universal Life: Force is manifested by motion in matter; all matter has motion, therefore there is universal life in all matter.

17. Cause and Effect: Every effect has a cause and every cause has effects.

18. Evidence of Life: The signs of life are evidence of the intelligence of life.

19. Organic Matter: The material of the body of a “living thing” is organized matter.

22. The Amount of Innate intelligence: There is 100% of Innate Intelligence in every “living thing,” the requisite amount, proportional to its organization.

25. The Character of Innate Forces: The forces of Innate Intelligence never injure or destroy the structures in which they work.

26. Comparison of Universal and Innate Forces: In order to carry on the universal cycle of life, Universal forces are  destructive, and Innate forces constructive, as regards structural matter.

28. The Conductors of Innate Forces: The forces of Innate Intelligence operate through or over the nervous system in animal bodies.

30. The Causes of Dis-ease: Interference with the transmission of Innate forces causes incoordination of dis-ease.

31. Subluxations: Interference with transmission in the body is always directly or indirectly due to subluxations in the spinal column.

32. The Principle of Coordination: Coordination is the principle of harmonious action of all the parts of an organism, in fulfilling their offices and purposes.

Go Ahead and Connect with us Socially!

We would love the opportunity to be your go to Chiropractors